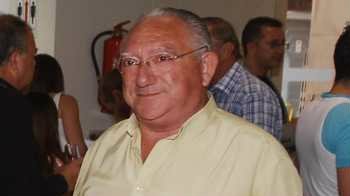 THE Marina Alta town of Denia is mourning the death of Diego Mena Cuesta, a man they called the ‘Adopted Son of Denia.’

He was awarded the title of ‘Honorary Citizen of Denia in 2002, for his “dedication and involvement in the development of tourism and his fellowship to all associations, organizations and institutions of the city.”

Diego Mena totally immersed himself in the development of aspects of Denia business life. Together with other entrepreneurs, in 1975 he was a founder member of the Association of Hotels and Tourism of the Marina Alta (AEHTMA) and was elected as its first president.

Later in 1995 Mena was officially recognised for his work with the School of Hotel de la Marina Alta (current DTC by being named, “supervisor” an honorary position with the City of Denia, the Chamber of Commerce of Alicante and the Government. Diego Mena also co-founded the Maestranza Bullfighting Peña, was president of the Sports Club Denia and Association of Residents of Las Rotas, a member of Citizen Participation Council, a sponsor of athletes Denia professionals and accepted as an honorary member of the local Police force. “Diego Mena will be sorely missed and his death is a great loss to the City of Denia.”