the art of publishing
More
Home News Costa Blanca North JAVEA MAYOR REACTS TO PP ATTACK “He is either not listening, or... 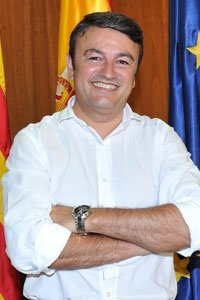 AFTER virtually a year in hibernation, Javea opposition party Partido Popular have issued a press release accusing Mayor Jose Chulvi of lack of transparency over the sacking of Water Company (AMJASA) general manager in 2010.


The dismissal was based on an independent report that alleged, ‘management irregularities, excessive payments and staff bullying.’ The PP statement says government is legally bound to explain the circumstances surrounding the manager’s dismissal, especially matters concerning his involvement with public money. They also demand the Mayor hands over an official 2006 AMJASA audit, “hidden away in a drawer since the event.”  The hard hitting release ends by challenging Socialist Mayor Jose Chulvi to change his ‘shameful attitude of withholding public information and publish all confidential information at a public meeting.” AMJASA is a public water utility company that since 2011 has been under the chairmanship of Mayor Jose Chulvi with representatives from all Javea political parties on the board of management.


We contacted Mayor Chulvi for his reaction to the release. His reply was immediate and exclusive to the EWN. “Mr Jose Catella seems totally ignorant of the day to day affairs of our town. Maybe because he spends most of the week in his home city of Valencia, neglecting the needs of the citizens of Javea. He should know that the 2006 audit is public knowledge as all municipal groups have copies. All Javea political parties are represented on the AMJASA board which produce quarterly accounts presented at public meetings. We assume the PP leader attends, but if so, he is either not listening, or caring as his statements demonstrate a complete ignorance of the procedures. With regards to the dismissal of the AMJASA manager, we have already commented on several occasions that lawyers advising the council on legal proceedings over the dismissal, have recommend  we do not make public statements as it may prejudice the outcome. All parties were informed of the situation proving that the PP gentleman is just showing his lack of involvement in local affairs. The case is due to be heard in July, after which we will hold a press conference to maintain the absolute transparency policy, we have maintained throughout our term of office. ”