the art of publishing
More
Home Columnists Nora Johnson WHAT NEXT: SNOW WHITE ON FACEBOOK, CINDERELLA ON TWITTER? 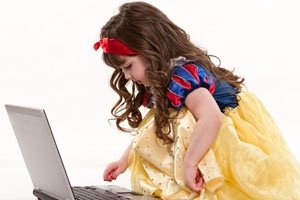 Also scheduled is a re-telling of Jack and the Beanstalk (Jack the Giant Killer), Cinderella, The Snow Queen and a Tarantino-style Hansel and Gretel. Add to this two re-imaginings of Sleeping Beauty, Little Red Riding Hood and a high-school comedy version of Beauty and the Beast, called Beastly.

Despite Hollywood’s in-jokes and gender changes, the moral truths underlying all these fairy tales remain. What they offer is a black-or-white world where good is good and bad is to be punished. And what a modern world too. Snow White and the Huntsman is rated12A, mainly because it contains suggestions of sexual abuse, addiction and bloody violence!

And just look at how Hollywood could rework some other modern-day issues. In Hansel and Gretel, for instance, the rise in homeless families (didn’t Hansel and Gretel originally go into the woods because their family was struggling and hungry?).

The witch could be a marketing executive for a multibillion corporation who lures them into the forest of social isolationism through the use of social media and texting. They get so lost and confused that they think having loads of friends on Facebook is the same as having real friends to go out with, do activities with and that they’re generally living a full, active life with real experiences. They don’t realise their danger until it’s almost too late (obesity, diabetes, heart issues). In the nick of time, the hero sweeps in and gets them out to see the world with activities like swimming, sports … Well, you get the idea.

The original Grimm Brothers’ fairy stories were neither gentle nor ‘fluffy’. They were about empowerment and dealing with the bad things that happen in life. In other words, they’re the perfect entertainment for these days of austerity and recession when there’s a longing for a simpler world of good and bad. Small wonder fairy tales are in demand. We need our villains (bankers, politicians, foreign dictators) or heroes (the sleb of the moment) now more than ever.


A Grimm thought? No, truly, it’s the stuff of fairy tales.