the art of publishing
More
Home Columnists Leapy Lee MP in a vest who asked me to take over in the... 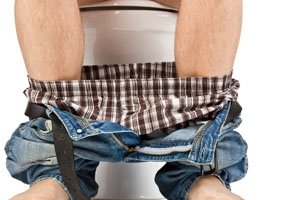 One thing truly enjoyable about the Levenson saga is how it is managing to make a number of those previously ‘untouchables’ suddenly touchable.

All too often people in high places give the impression they are a different breed than us mere minions; this is why we are inclined to trust and put our, often blind, faith in them.

The truth of course is they are no different than the rest of us.

Plenty are in fact a great deal worse.

I stopped putting these people on pedestals many moons ago.

During the ’60s I often found myself rubbing shoulders with the ‘upper crusties’. The Christine Keeler/ Astor scandals began on my Bayswater doorstep so to speak. Lord Boothby’s philandering was also fairly common knowledge in the area.


My association with Diana Dors resulted in my observing some VIP’s in extremely compromising situations. I’ll never forget one wild-eyed MP staggering up to me in nothing but a string vest and begging me to take over in the bedroom with his girlfreind as he ‘couldnt cope’.

No, Leapy’s rose coloured celebrity specs were put back in their case long ago.

I’ve found that one great way of leveling people is to imagine them sitting on the loo! Get the picture? It always works for me.

One thing emerging from this Levenson inquiry is that in the light of conflicting stories (under oath I may add) some are lying through their teeth.

To me the most believable has been John Major. How he must have relished the opportunity to get back at the man who virtually put him out of office. Did it not show the unbelievable arrogance of Murdock when, according to Major, this Aussie told him he didn’t agree with the Tories European policies and if they didn’t change is companies would not be able to support them?

When Major treated his threats with the contempt they deserved, all hell was unleashed on him. From the sneering Kay Burley on SKY news, to the ‘grey man’ caricatures in The Sun and other Murdock publications, he was pilloried for months in one of the most relentless hatchet jobs unleashed on a politician.

Although there were certainly other factors involved in his losing the next election, the real damage was done by this power-mad media baron, who has recently sworn under oath he had never asked any MP for anything in return for the backing of his media empire.

Mr. Blair told the inquiry much the same story. Give us a break.

These people must think we all came over on the last banana boat. If the inquiry does prove them all to be liars, I’d like to see them all nicked for perjury. Blair behind bars, wouldn’t that be something?