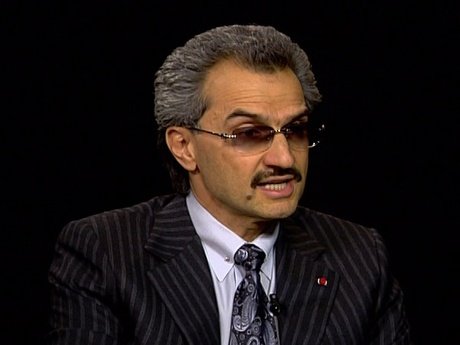 KING Juan Carlos has sent a congratulatory letter to a Saudi prince cleared by a Palma court of raping a model.

The office of HRH Prince Alwaleed Bin Talal Bin Abdulaziz Alsaud has been advised by counsel that a three-judge Spanish appeals panel has ordered “a final unappealable closure of a wholly false yet widely publicized claim.”

He was accused of an alleged sexual assault by a young Spanish model identified only by the name ‘Soraya’ who claimed she was drugged and raped aboard the Turama yacht moored in Ibiza in August 2008.

The prince said that the court’s final decision dismissing the allegations vindicates his argument that he was not even in Ibiza that day, but in France with his wife, children, grandchildren and other witnesses.


In a statement the prince said “No one’s character should be subject to such dishonest attacks.”

As a way of “discouraging” others from similar actions in the future, the prince is pursuing criminal actions against the model, her mother and her attorneys as well as professional sanctions against the lawyers for their “unethical behavior”.

“While the Court had the option of merely exonerating HRH Prince Alwaleed, it went further and dismissed the totality of the claims,” read a statement from the prince’s office.

The Palma de Mallorca Provincial Court ruling pointed to a number of “inconsistencies, the absence of any corroborating evidence of her continuously changing story and the fact that all the physical evidence, including a physical examination by an independent physician after the night in question and the report of an independent toxicologist, contradicted her claims of assault and drugging.”

One of the issues highlighted by the Court was the “unorthodox way in which HRH Prince Alwaleed’s name was brought into the case almost a year after it was first initiated in August 2008,” read the statement.

A photograph of a group of people with arrow pointing to an individual not HRH Prince Alwaleed and whom Soraya, in the presence of her lawyer and mother, identified as the rapist.

The model and her mother Susana admitted that they only learned of HRH Prince Alwaleed by searching the internet for ‘Saudi Royal Family’.

Following the original accusation, the case was closed in 2010 by a court due to lack of evidence, but a higher provincial court in the Balearic Islands accepted the plaintiff’s appeal.

In September 2011 the Ibiza magistrate was instructed to resume the probe and question the prince as a suspect.

HRH Prince Alwaleed had received no intervention from either the Spanish king or government officials despite writing letters for help in October last year.

King Juan Carlos responded that there was nothing he could do as the Spanish justice system was independent and advised him to hire a good Spanish lawyer, Spanish newspaper El Pais reported.

Government officials wrote back to the prince saying he should have patience and be sure that if he was not in Ibiza at the time that justice would prevail.

The 57-year-old prince is the richest Arab in the world with a €13.78billion fortune according to Forbes and in the top 20 richest people in the world.

Among his many businesses of all kinds, Al Waleed is 30 per cent owner of Mixta Africa, a company dedicated to building cheap homes in Senegal, Algeria and Mauritias.

Iñaki Urdangarin, the king’s son-in-law, also has a small share (0.9%) in this firm.

Meanwhile, one of the plaintiff’s lawyers, Max Turiel, reportedly believes that the case is not closed definitively and has asked for it to be reopened.

Coronavirus: Schools in Wales to Open by the End of June – but only for a four week term