the art of publishing
More
Home Features Comment Win some, lose some 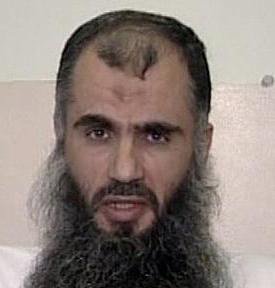 BRITAIN cannot deport ‘Hate preacher’ Abu Qatada, ruled the European Court of Human Rights, because it is possible that trial evidence eventually used against him in Jordan will have been obtained through torture.

This might sound risible but British fury should be aimed at Jordanian torturers, not Strasbourg judges. Besides, the Abu Qatada verdict arrived at the same time as confirmation that a British life sentence really can mean life.

This is something to celebrate – and silence the string-them-up-and-bring-back-the-birch squad.


SURVIVAL is always dicey although the developed world’s inhabitants have never been healthier or longer-lived. But never have they been so afraid or downbeat about health, with experts detecting and predicting still more dangers.

Unsurprisingly, Lancet foresees that the London Olympics will be “a health minefield” and a focus for unusual diseases and warns that heatstroke could prove another hazard.

Heatstroke? In London? In the summer?

FOOTAGE has emerged of US soldiers apparently urinating on dead Afghans, further evidence of America’s detachment from the populations with whom they have enforced but uneasy contact.

Warfare unarguably brings out the worst in some people, but it is a 21st century tragedy that the people who take it upon themselves to maintain world order do not conform to the standards they set for others.