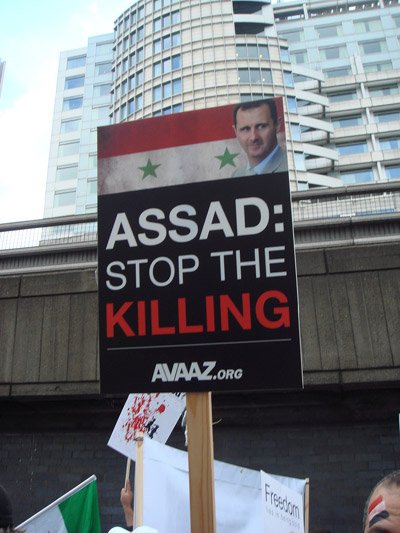 As-Assad claims Syria is subjected to an “unprecedented campaign” and unrest is caused by conspiracies encouraged by foreign Arab states.

Al-Assad’s days could be numbered but as events throughout the non-democratic world demonstrate, a democracy transplant is generally rejected by its host.


Nice work if you can get it

TONY BLAIR has raked in lucrative earnings in consultancies and on the lecture circuit amongst other nebulous activities since abandoning politics and warmongering.

Having earned £12 million last year, he paid only £315,000 in taxes, writing off nearly £11 million as administrative expenses.

And God-fearing Teflon Tony, a “pretty straight sort of guy” who pulled the wool over a nation’s eyes, now does it to the taxman.

MARIO SOARES, a former president of Portugal, recently told an interviewer that Europe or, rather, Angela Merkel, should have come more readily to Greece’s aid.

“It isn’t an ordinary country, but the birthplace of democracy,” the 87-year-old declared.

Quite so, but that did not give Greece the right to live beyond its means, let alone drag down the rest of Europe and the euro with it.