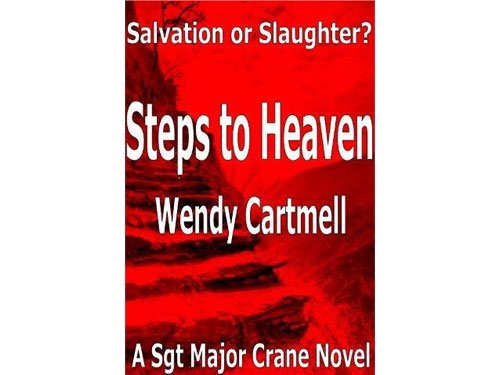 Sergeant Major Crane, a Special Investigations Branch Investigator, in the Armed Forces, is a proud, dedicated and experienced soldier, constrained by the Army structure, but adept at manipulating the system.

He and his young team of Staff Sergeant Billy Williams and Sergeant Kim Weston, based at Aldershot Garrison, have to investigate one of the most horrific cases they have ever taken on.

A soldier who has deliberately murdered his wife and 6 year old son and then committed suicide.

Crane wants to know what is behind this horrific act, but has to battle against cynical opposition from his Officer Commanding, Captain James Edwards who makes him investigate a different crime.


But Crane is vindicated when a second copy cat murder suicide by a soldier in Colchester is followed by a third in Catterick. Paralleling these investigations, Crane’s wife Tina wants a decision on whether they should start a family.

A decision Crane is unable to make, haunted as he is by the deaths of three young boys.

All three soldiers had served in Afghanistan and all had religious pamphlets, making Crane ask himself what the soldiers wanted to be saved from? Do the pamphlets offer salvation, or slaughter?

Crane doggedly pursues his theory that there is a religious connection between each murder/suicide, manipulating his colleagues to his own ends as he goes.

But Crane is at risk of going too far, putting those close to him in danger.