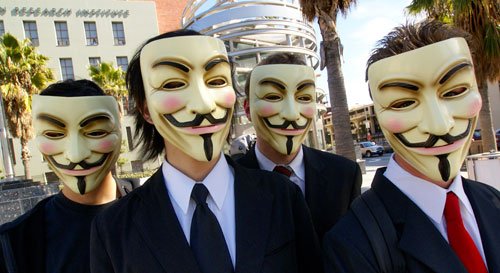 THE latest exploit – or misdeed – of the hacking group Anonymous was to steal credit card numbers from the US security firm Stratfor a.k.a. the Shadow CIA and threaten to release incriminating and embarrassing client emails.

Anonymous says it has used the credit cards to give $1 million to charities, who will surely feel burdened by such ill-gotten Robin Hood gifts.

Ironically, Anonymous’s real donation is something money cannot buy: knowledge of the Stratfor’s unsavoury role as military and intelligence outsourcers.


Happiness in a cold climate A CAMBRIDGE UNIVERSITY study based on 2006 and 2007 statistics found that only a minority of Europeans were entirely happy.

The happiest were those in Switzerland, Sweden, Denmark, Austria and Germany and probably they continue to be the happiest.

These were Europe’s most prosperous countries and still are despite the current recession and although money does not buy happiness it certainly keeps misery at bay.

THE Mercosur bloc including Argentina, Brazil and Uruguay has decided to ban ships flying the Falklands flag from using its ports and Argentina continues to claim Las Malvinas (Falklands) are theirs.

And so they are, geographically, just as Gibraltar is Spain’s and Ceuta, Melilla and the Canaries are Morocco’s.

But they are also political anomalies that cause knee-jerk reactions – plus centuries-old headaches with no cure.