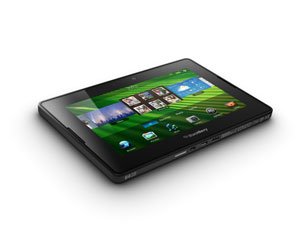 The Playbook is a 7 inch screen tablet made by Research in Motion (the company behind Blackberry Smartphones) was released earlier this year.

There is the possibility to make a wireless conection to synchronize the tablet to Blackberry smartphone so that the user can to check their email, phone contacts.