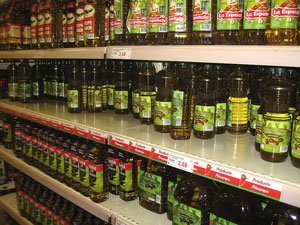 BETWEEN January and August this year, the 13 oil mills in Almeria province have exported more than 280 tonnes of olive oil.

However, the delegate for the department, Jose Antonio Salinas, remarked especially on how exports to the Far East have increased, as Japan and China between them import 5.5 per cent of the total produce.

Almeria’s olives for this year have been grown on 19,312 hectares of olive groves throughout the province, which is 200 hectares more than last year.