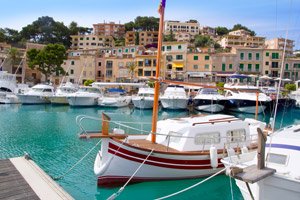 BETWEEN January and September this year, 564 new yachts have been registered in the Balearics.

This is pratically the same (-0.35 per cent) than the same period last year, according to data from the National Marine Association.

Rental boats made up 29.65 per cent of the total boats registered. Those with those less than eight meters were the most popular, followed by motor boats.