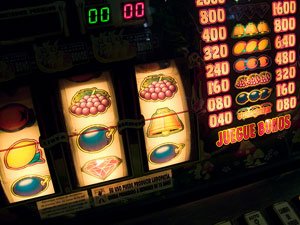 MORE than 8,000 people in province are compulsive gamblers.

Since 1991, the Indalajer Association in has been carrying out different programmes for people to overcome this addiction, while raising awareness of the danger of a problem which has become increasingly frequent.

Compulsive gambling is when a hobby becomes an addiction and the patient no longer has control over their actions.


Experts from Indalajer insist that slot machines should be removed from bars and restaurants, and that there should be more control to prevent minors from accessing games halls.

So far this year, the association has treated 68 people for compulsive gambling, two of them minors, and reports that it is a problem which is coming worse amongst women, although the average patient is still an unemployed male between 18 and 24 years old.

More than 52 per cent of patients admitted to be treated for compulsive gambling has a family of their own, and almost 80 per cent claim that the games they spend most money on are slot machines.

However, with the development of online gambling it makes it easier for women to become addicted to gambling, although they also tend to have addictions to shopping and mobile phone use.