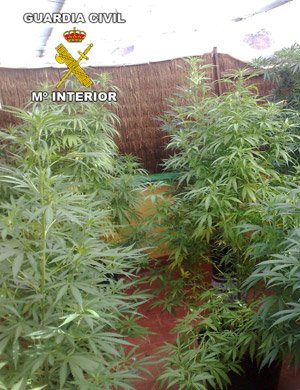 GUARDIA CIVIL from Huercal de Almeria arrested two people, aged 27 and 18, for breaking into a property in Viator, allegedly to steal marihuana plants.

However, witnesses clarified that he had been caught climbing the wall of a building.

They also realized that the woman had been waiting for the would-be burglar and had tools in her car with which to commit the robbery.

The 54-year-old owner of the house was also arrested for crime against public health after 17 marihuana plants were found.