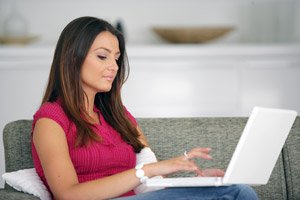 ALMOST half of the computer programmes on Spanish PCs are pirated.

A survey of 32 countries by the Business Software Alliance (BSA) revealed that 13 per cent of Spanish computer-users “always” used pirated software.

A further 37 per cent used them “most of the time.”

Only Poland and the Czech Republic shared similar statistics, although there was also a high incidence of piracy in other EU countries, found the BSA.

Computer-owners in Mexico were the least likely Latin Americans to use pirated programmes, with 60 per cent telling interviewers they had acquired them legally.  Next came Brazil with 55 per cent, followed by Colombia with 54 per cent.

There was clear contradiction between the 50 per cent of Spaniards who admitted using pirated material and the 70 per cent who said they preferred legal programmes and also backed copyright protection, the BSA found.

The survey comes at a moment when the European Union is examining the issue of safeguarding copyright and royalties and intends to modify existing legislation next spring.

“Hundreds of millions of thieves from all over the world stole software worth €42,000 million last year,” complained BSA spokesman Thomas Boue, who accused piracy of undermining the IT industry, harming the EU economy and stifling employment.

The “alarming number” of the Chinese population using unauthorised software was “especially worrying,” given that China had now overtaken the United States as world’s largest market, claimed the BSA.