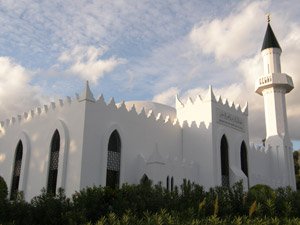 NO licences for new places of worship will be granted in Salt (Girona) for 12 months. The proposal from mayor Jaume Torramade scrapped plans for a new mosque approved by the previous council.

The motion was supported by the mayor’s own CiU nationalist party, together with the PP and the PxC anti-immigrant party.

Former PxC councillor Joana Martinez, who left the group after censure of her African partner, also voted in favour.  So, too, did Carles Bonet who resigned from the party following differences with the party and criticism of his male partner from the Dominican Republic.

The plenary council session was preceded by moments of tension when PxC leader Josep Anglada was confronted by a group of immigrants and Indignados from the 15-M movement.

Carrying banners proclaiming “Racists get out of Salt” and “Salt is anti-racist” they condemned PxC’s campaign to halt the new mosque.  Anglada, who had hoped to attend the council session, was prevented by police from entering the chamber with the excuse that it was full.

Undeterred, Anglada remained by the door where he was heckled by protesters. As tempers flared and insults flew police then escorted the politician inside, although he still did not succeed in entering the public gallery.

The council’s veto on licences for new places of worship could become permanent if the regional government carries out its promise to modify previous regulations obliging local councils to reserve sites for churches, mosques and temples.

Not only would this affect Moslems in Salt, where 43 per cent of residents are immigrants, but also Evangelists belonging to the Holy Ghost Fellowship who had hoped to build a temple there.