THE Almeria Provincial Coastal Department has fined seven ‘chiringuitos’ in Almeria for encroaching upon public land.

The fines have been published in the Official Provincial Bulletin and amount to €28,830 against five beach restaurants in Retamar, Cabo de Gata and La Termica area, as well as two others against premises in Balerma, El Ejido. All of these have carried out work with permits and have been operating this summer.

The highest fine, €7,097, is against a ‘chiringuito’ on La Termica Beach, where the owner built premises more than 205m2, with two terraces with tables, chairs and umbrellas.

The fines must be paid into the Public Treasury and include the obligation to remove and demolish the works, as well as carry out any additional work to return the land to its former state within 15 days. However, the fines can be appealed before the Environmental Ministry’s Director General for Coastal and Sea Sustainability within a month.

Celebrities
A court in Oklahoma City has resentenced Netflix star 'Tiger King' Joe Exotic to 21 years in prison A federal judge in an Oklahoma City... 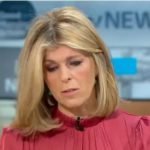 Kate Garraway told off as guest says “I’m not going to let you get...

UK
An embarrassing mistake saw Kate Garraway told off by an eminent lawyer on the breakfast show Good Morning Britain. Dr Shola Mos-Shogbamimu has been...