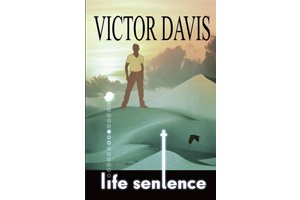 John ‘Whip’ Wellington, the hero of Victor Davis’ latest novel, Life Sentence, has no interest in immortality but when he reaches 38, he stops ageing.

It is a complete mystery. Why him? Dream come true or a nightmare about to happen?

Wellington is a British journalist based in New York with his American wife whose feminism flies out of the window when people start asking her whether her husband is her son. The champion of women’s liberation puts her ideals on hold as she tries all the anti-ageing creams and lotions available. All in vain, so she does what every good journalist does and turns her experience into a magazine article.

And that’s when Wellington becomes a phenomenon, an object of global interest, and a sitting target. Governments researching extraterrestrial life, pharmaceutical companies eager to make a fortune, religious cults hoping for a new Messiah and super-rich women in search of the elixir of youth, all have him in their sights. They want to know his secret, but so does he, and some will stop at nothing to get it.

Life Sentence is an original, compelling thriller. The author, a former foreign correspondent based in America, knows his stuff and handles the background well. It poses the questions most asked about life and mortality at some time or other and has an entirely plausible ending which is also uplifting.

Life Sentence is available on Kindle.