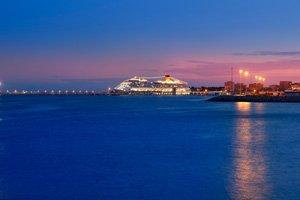 THE Balearic Islands receive the third highest amount of cruise passengers in Spain.

In the first half of the year 554,684 cruise passengers visited the Balearics. This is up from last year’s 545,767 passengers for the same period, representing a 1.63 per cent increase, according to official figures.

Cruise passenger traffic exceeded 3.2 million people in the whole of Spain in the first six months of the year, representing a 17.7 per cent increase over the same period in 2010, according to data from the Ministry of Public Works.

Mediterranean ports received about 68 per cent of these passengers.

Of the nearly 2.2 million, two-thirds were in the ports of Barcelona and the Balearic Islands with more than 1.5 million between them.

A total of 1,632 cruise ships docked at Spanish ports in the first half of the year, representing a 9.6 per cent increase over the same period last year.