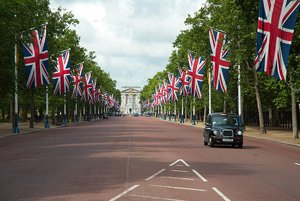 Security in has been tightened after a “non specific” coded bomb threat was issued to Scotland Yard by Irish republican dissidents. The threat comes on the eve of the Queen’s visit, the first British Monarch since 1921, to the since its independence.

Londoners have been told to go about business as usual but be vigilant against any unsual activity or behaviour.

A Scotland Yard spokesperson said: “A bomb threat warning has been received relating to central today. The threat is not specific in relation to location or time.”