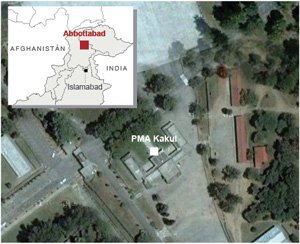 has kepts its security threat alert to level 2 ‘high’ following the death of al-Qaeda leader Osam bin Laden, the government said. The world’s most wanted man, bin Laden, was killed by US special forces in an operation in , President Barack Obama announced.

It is believed that the terrorist mastermind had been living in a $1m villa in the town of some 60 kilometres from the Pakistani capital and was reportedly asked to surrender before being shot in the head.

Although bin Laden was infamously known for inspiring the al-Qaeda terrorist cell responsible for  9/11, he was also blamed for the 2004 al-Qaeda train bombings which killed 191 people and injuring 1,800.

“Though Bin Laden is dead, al-Qaeda is not,” warned Leon E. Panetta, Director of the Central Intelligence Agency (). “The terrorists almost certainly will attempt to avenge him.”