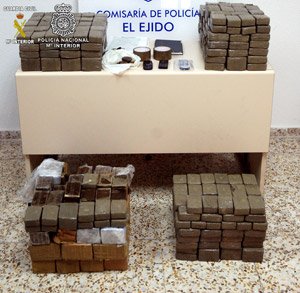 When the officers arrived, two people attempted to escape, but they were caught nearby. The garage and main entrance doors had been forced open and there were signs that draws and wardrobes had been searched.

One of the detainees had a European arrest warrant against him and has been sent to prison.