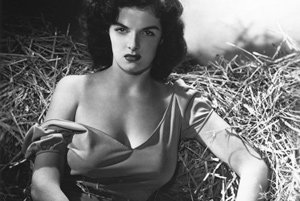 HOLLYWOOD 1940s and 50s pin-up girl and movie star Jane Russell died aged 89 at her US home of respiratory failure. A public funeral is scheduled to March 12 in . Remembered for her voluptuous figure, Russell starred in more than 20 films with her first film role in Howard Hughes’ The Outlaw (1943).