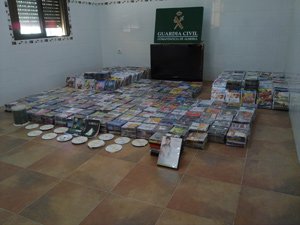 IN an operation codenamed ‘Fake’, Guardia Civil from Roquetas de Mar arrested four people for crimes against public health and intellectual property. The officers were tipped off regarding the frequent visits of people to a certain house in the town which was put under surveillance.

One of the detainees has been sent to prison on remand.