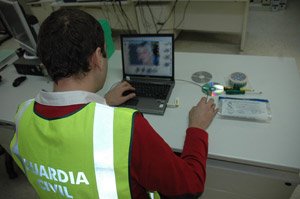 SEVEN people have been charged for distributing photos and videos containing child pornography on the internet. The investigation began in May after an internet user reported in Roquetas de Mar that he had intended to download an audio file but found it to contain more than 1,000 images of children and even babies involved in sexual practices.

Almeria Guardia Civil launched in investigation which led them to a network of people in Guadalajara, Valencia, Madrid, Bilbao, Burgos, Santander and Oviedo.