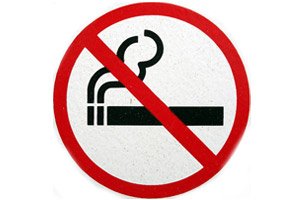 SPAIN’S new stringent anti-smoking laws, welcomed and repudiated in equal measure, recently claimed a new and hapless victim, complained theatre director Roger Peña last weekend. His latest production, a revival of the emblematic 60s musical ‘Hair’, opened last December but he has been warned that the theatre company risks a fine because it was allowing actors to smoke onstage.

Peña was contacted after ’s Public Health Agency received a complaint from a theatregoer, he said at the weekend.

“The actors do smoke, but only herbs like lemon verbena, basil and walnut leaves, not tobacco. They smoke because the musical takes place during the hippy years and people used to smoke then,” he protested.

Criticising the Public Health Agency’s caution as “bizarre” and “ridiculous”, Peña said that if things were allowed to continue in this way, “we’ll end up by banning films where people smoke and take away Humphrey Bogart’s cigarette.”

Peña was not far wrong, in fact, as onstage smoking in the UK was banned by a 2007 law which only allows it if “the artistic integrity of the performance” makes it appropriate for actors to smoke.

Last month in the , the British troupe, The Circus of Horrors, was asked to provide a risk assessment for a contortionist who smoked onstage as part of her act.