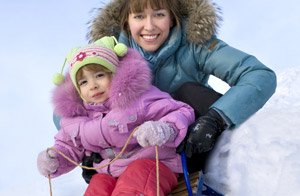 THE pity of it! Inches of snow and some UK parks closed because of “dangerous ice and snow”! But attitudes have shifted since the days when sledging or skating injuries were shrugged off as part of the fun. Now they are compensation opportunities and parents fuming at a killjoy nanny state would be the first to sue local authorities when offspring sprain a wrist or twist an ankle.

INDIA was accused not long ago of systematically using torture in Kashmir. But every wretched country in this wretched world, bar a few exemplary nations, has been accused of torture because the unsavoury but unsurprising truth is that torture, far from belonging to tougher, rougher eras, is alive and kicking – and how it kicks! – in what will shortly be the second decade of the third millennium.

EUROPE, apart from the UK, bristles at US scorn for bodies like the Council of Europe which put meddling fingers into American pies. The reverse situation would be no more welcome on this side of the Atlantic but it has to be admitted that, as America’s reaction to divulged Wikileaks cables showed, Washington has little capacity for self-criticism or insight into the reasons behind much anti-Americanism.