the art of publishing
More
Home Columnists Nora Johnson Meditation: is it for real or is it all in the mind?
Facebook
Twitter
ReddIt
WhatsApp
Telegram
Linkedin
Email

AMERICAN academics recently published the results of their research into the benefits of transcendental meditation (TM). Apparently those who practised TM showed a 48 per cent decline in depressive symptoms. Last year, another study indicated that there were 47 per cent fewer heart attacks, strokes and premature deaths among TM followers.

Yet ironically a lot of people who turn to meditation aren’t depressed. They may think they are but they aren’t – unlike those in a real psychiatric ward. There are so many people now being ‘treated’ for depression; you’ve only got to hang around meditation centres and see them shuffling in and out.

This then isn’t bog standard NHS depression: it’s an allergic reaction to the world we live in. They may end up ‘depressed’ or become spiteful loners but that’s a result of their unhappiness, not a root problem to be treated by meditating.

The meditation gurus get their hooks into this horrible unhappiness and they unfold their little tools. They promise a pot of gold and an azure sky from their methods.

One in Brighton, offering trademarked ‘vortex therapy’, claims to be able to heal all disease, since it’s a ‘software’ problem apparently while others offer the usual new-age reflection and mantra chanting stuff. Some even try to take you back to your childhood, the best time in their lives for many people. And which they cling on to for dear life – through baldness and paunches, divorces and recessions.

But they are not experts about the practicalities of coping with the world. They probably aren’t experts about anything. Meditation is to the mind and soul what zopiclone is to sleeping disorders: great while you keep waking up but it doesn’t get to the root of the problem.

And coping with stress? Well, everyone seems to have different coping strategies. From swivelling about in a swivel chair to drumming finger nails on a table to squeezing squeezy stress balls.

But maybe the best stress-buster of all is summed up by Paul Dudley White, Dwight D. Eisenhower’s physician and regarded by many as the founder of preventive cardiology: “A vigorous five-mile walk will do more good for an unhappy but otherwise healthy adult than all the medicine and psychology in the world.”

TM does seem a bit of a swizz though. Essentially, you’ve got the choice of paying a fiver a time at your local Buddhist centre or stumping up several hundred pounds for the Maharishi-brand, super-esoteric, reassuringly expensive version.

I gave them a call once, heard their prices and instantly felt more content with the way I was – thanks TM! 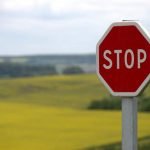 Brit holidaymakers will have to pay fee to enter the EU