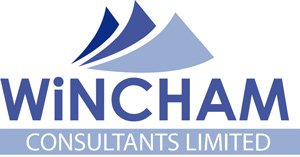 As Spanish Tax Consultants we provide an alternative method of ownership of your Spanish property to help protect against Spanish Inheritance Tax. Whilst discussing our methods with interested clients we hear of many crazy suggestions from advisors in who purport to have solutions for some of the problems faced by non Spanish owners of property in .

One of the most common suggestions we hear about is that clients are advised to do nothing following a death for 4 years and hope that the Taxman in does not find out there has been a death of an owner of the property. The reason for this suggestion is that the Statute of Limitations in Spain is 4 years and this means that by ignoring the Tax for 4 years it may be possible to escape paying the Tax 4 years and six months following the death, as you are given a further 6 months to deal with the Probate.

Whilst this is possible and we have seen Probate cases where the Taxes have been evaded in by employing this method, there are many situations that could arise should you decide to take the risk.

The beneficiary has a legal requirement to probate in and pay all the Inheritance Tax in within 6 months, otherwise fines and interest will be charged on top of the Tax which is due already. The Spanish Government can also embargo the property which means large fines would have to be paid before Probate could be completed.

I am currently working on a case where a client has just paid in excess of €19,000 in fines and interest in addition to the cost of Probate and Taxes in just to move the property from her deceased mothers name to hers. Our research shows that interest can be charged by the Spanish tax office at anything up to 20% for assets which are not probated within the allowed period.

Every year the registered owner of the property has to submit annual Tax Declarations to the Spanish Government, this is very difficult for a deceased person to do and we are aware that the Tax office is looking closely at properties and levying hefty fines where annual tax submissions have not been submitted.

On death the Spanish bank account of the deceased may be frozen until the Taxes are paid so how would the beneficiaries get legal access to this money? Even if the money was withdrawn illegally after death, the Tax Authorities may request a copy of the bank statements in at the date of death to see what amount was in there. If there were funds present on death then this would be Taxable also in .

Whilst the Statue of Limitations on Taxation in is 4 years this would not be relevant if the Spanish Government could subsequently prove a fraudulent non disclosure had taken place. There is no such Statute of Limitations for fraud, and therefore, there is a very real risk the Spanish Authorities would claim that there was deliberate criminal withholding of information and thereby enforce the Tax retrospectively. Misuse the Statute of Limitations in this manner is a criminal act and highly dangerous method of Tax evasion – not to be advised!

Our solution to the Spanish Inheritance Tax problem in is for the owner/s to invest the property into a UK Private Limited Company which they would own as Shareholder/s. This transaction does not attract the 7% Tax payable when a property moves from one owner to another.

There may be no Capital Gains tax implication in when you invest a property into a UK Limited Company as the Hacienda has a method of calculating an investment value based on the original purchase price as shown in the Public deed. Spanish Tax Residents who are over 65 when they invest their main residence into a UK Company do not have any CGT liability in most Regions either.

This method may eradicate all Property Taxes (excluding I.B.I.) in in the future, as under EU Treaties a UK Company is only Taxed in one jurisdiction if it is a non resident Company of Spain and does not trade in . A UK Company is not an Offshore Company unlike a or the Isle of Man Company.

Offshore companies are charged an annual Tax by of 3% as they are not within the European Union and this charge is not levied on companies within the EU. Shares in the UK Company can be dealt within a UK Will and depending on the structure of the Company; the Shares may also be exempt from Inheritance Tax in the .

This results in a very simple and cost effective way of dealing with the transfer of the property, within the UK Company, to the intended beneficiaries and does not involve any of the Spanish authorities in the transaction.

Wincham is an International organisation that has been established since 1994 helping clients purchase and own property in using a corporate structure to combat Taxation in . In recent years we have seen a significant increase in the number of people who are concerned about IHT/ISD in and are now looking to address the situation to protect their beneficiaries.

We have offices in both the and and with qualified professionals in both jurisdictions including Gestors, Economistas, Tax Consultants, Lawyers, Estate Planners, Will Writers, Chartered Accountants, Members of the and a Companies House Formation Agent.

Wincham is able to offer an efficient and cost effective solution to clients who wish to ensure that their family will be able to enjoy the benefit of a Spanish property in the future.

This information has been provided by Mark Roach, Company Director and Spanish Tax Consultant.