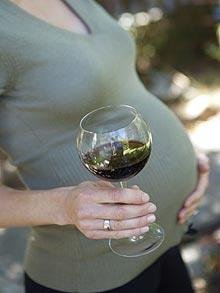 BETWEEN 25 and 45 per cent of pregnant women in Spain consume alcohol during pregnancy, according to a report by the National Association of Health Informers.

Despite the risk of the baby suffering malformations, mental and behavioural disorders, known as Alcoholic Foetal Syndrome, one in five women admit to drinking up to five alcohol drinks in one sitting.

Excessive alcohol consumption during pregnancy can cause developmental problems and damage the heart, kidneys, liver, bones and brain of the unborn child, as well as leading to an underdeveloped head, a lower bridge of the nose, a thin upper lip or small eyes.

Other possible problems include neuropsychological, memory and learning problems, hyperactivity and poor results at school, as well as alcoholism.