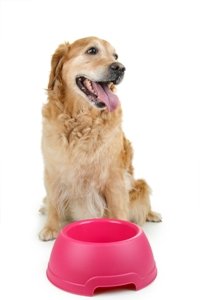 EACH animal has a different metabolism, so foods that are edible for humans or other species of animals, can be hazardous to dogs, from mild digestive upsets to severe illness and even death.

The foods that are especially harmful are as follows.

Alcohol can lead to coma, even death.

Chocolate, coffee, tea and other caffeine, theobromine, or theophylline substances, can cause vomiting and diarrhoea and be toxic to both the heart and nervous system.

Small dogs have been known to die from being given too much chocolate.

Marijuana can cause changes in the heart rate, vomiting and depress the nervous system.

Too much fish can result in a thiamine (vitamin B) deficiency, which leads to loss of appetite, seizures, and in severe cases, death.

Bones from fish, poultry or other meat sources can cause obstruction or lacerate the digestive system, causing death.

Giving a dog too much fat trimmings can cause inflammation of the pancreas, which is extremely painful and causes nausea and vomiting.

Yeast dough can expand and produce gas in the digestive system, causing pain and potentially rupturing the stomach or intestines.

Mushrooms can cause shock and death.

Onions, and to a lesser extent garlic, damages the red blood cells and cause anaemia, although cats are more susceptible than dogs.

Avocados should never be fed to dogs due to a fungicidal toxin called persin.

Although harmless to humans, persin can cause symptoms including vomiting and diarrhoea in dogs, and cats.

In other non-human animals the effects can be worse.

Grapes, raisins and currents can damage the kidneys, although grape seed extract seems to be fine.

Persimmon seeds can cause intestinal obstruction and inflammation of the intestines, which is very painful.

Macadamia nuts can affect the digestive and nervous systems and muscle.

Human vitamin supplements containing iron can cause damage to the digestive system lining as well as being toxic to organs including the liver and kidneys.

Mouldy or spoiled food often contains multiple toxins that cause vomiting and diarrhea and can even affect other organs.