the art of publishing
More
Home Columnists Leapy Lee A brief look over what has taken place over only the past...
Facebook
Twitter
ReddIt
WhatsApp
Telegram
Linkedin
Email 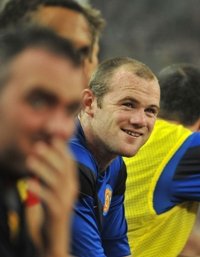 Hi All. Y’know, sometimes as a columnist, you can sit looking at a blank screen for hours and come up with just about zilch (Whatcha mean, you noticed?).

Other times there is a pure glut of subjects in which to regale. This week has been one of the latter. Column contributors throughout the nation have, over the past seven days, experienced a positive orgasmic glut of ‘fodder’ to sink their teeth into – and boy have they all reveled in it.

The problem for me is that by the time we go to print, it’s all been fought over and dissected. With this in mind I have decided to make some brief comments on as many ‘occurrences’ as we can squeeze in.  Let’s have a brief look over what has taken place over only the past one hundred and sixty eight hours.

Cheryl Cole’s divorce came through. If that doesn’t now make her available to me, frankly, I don’t give a damn! Tony Blair’s autobiography was published. Although not having read it (I’m waiting for the paperback) from all the extracts we have been swamped with, the one that I found most intriguing was  the piece where he apparently informs us he was ‘like an animal’ with Cherie on the night Labour leader John Smith died! To me this statement completely sums up the man’s true nature. Completely devoid of compassion and one who gets his rocks off on power. I dread to think what he got up to with Cherie the night they attacked Iraq!

The Pakistani cricketers were ‘allegedly’ caught bang to rights. The problem is that in most Mid East nations, corruption and bribery are a way of life. It’s not only the ‘poorer’ members either. Vast sums were, and probably still are, demanded ‘under the counter’ by the sheiks of oil rich states for sponsorship and franchise deals with western companies. Unfortunately for this present sleazy mob they got caught. In the event of a guilty verdict they must all be banned for life – if only to pass on the message to others that cheating in sport is most definitely not the way to win friends and influence people.

I see ‘Rumping Rooney’ has been at it again. Couldn’t help but laugh when one of his ‘tells all’ brigade was quoted as saying. ‘Es really not so ugly when he’s sat on a chair in front of you.’ When she followed this up with the fact that he seldom had full sex but often received it sitting down (get the picture?) I actually nearly fell off my own chair. And finally dear old William Hague. Well all I can say in that direction is that he’s got a wonderful taste in ‘aides’. My drummer, with whom I often shared a room, was bald, spoke with a stammer and was built like a tank; nobody even suspected that we were an affair! If your gonna choose a male bedroom partner in the future Mr.H., make sure they’re not quite so pretty.