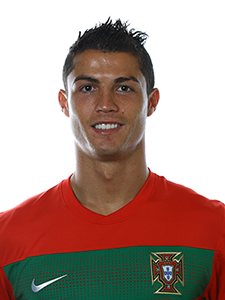 I THINK I’ve had just about enough sport for the moment. Of late we seem to have been buried up to the necks in it. Don’t get me wrong, I’m a great believer in good old gutsy competition. I think it does the world of good for the character, particularly amidst the young.

It should do that is.

Not however if they follow the examples set by some of our illustrious, so called ‘sporting’ men and women. The whole idea of competing against your peers is to produce both winners and losers, and to accept either outcome in a sporting manner. It’s a pity this message hasn’t got through to a number of the overblown, pontificating pinheads who strut the courts and playing fields of our planet. Those who shower us with false humility when their on the winning side, but reveal their true colours when fortune is less favorable. Federer’s nasty outburst when he was ousted from was a case in point. That posturing prat Ronaldo, spitting at the camera when his side lost to , was another. And why was I not surprised when those awful Williams sisters failed to attend an official press conference, following their defeat in the Ladies doubles this year?

I realize it is a bitter disappointment to lose, particularly among the highly competitive, but that’s the whole point of these events. Winning and losing is the name of the game. And as for the latest ‘couldn’t make it up’ educative edict, you can for sure expect a positive glut of bad losers, when children, who experience the latest ridiculous pc pillock ruling, (eliminating losers from school competitive events altogether), are launched into adult situations. What sort of an attitude does that instill in our future generation – being led to believe there are only winners in this far from ideal world of ours? What sort of a shock are they going to get when they experience their first stab in the back from an ambitious workmate or social climber? What nature of competitive backbone is created when they are taught that, no matter what the result, everybody gets a prize? The couches of the psychiatrists will be overflowing. Sometimes I really do despair of it all y’know. Let’s just hope that the Cameron and Clegg brigade can put their feet down hard enough to stamp out this dangerous ‘correct’ brigade once and for all, so we can all rest a little easier in our beds.

Had an interesting e mail the other day. Unfortunately I can’t retrieve it, so am unable to give a name check. In it the gentleman referred to the issues of racism and suggested that the Scottish, Irish and Welsh assemblies were examples of racism at its very worst. Mmmm, never thought of that. Have a great week. Keep those missives air, land and cyber- borne. Try to keep a jingle in yer pocket. And whatever ya do. 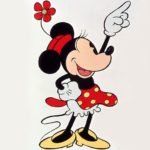