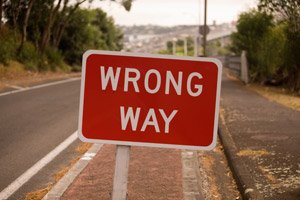 BIT cheesed off with only five measly grand put up to knock me off. Perhaps I should auction the job on E Bay and try to get the price up a bit! Well here we are at the end of another week of Barack Obama bashing BP hysteria. Told you ages ago he didn’t like us didn’t I? How he must be revelling in this opportunity to Brit bash to his heart’s content.

Altogether I think the man has been a total disappointment and will, I feel, have a real struggle on his hands come the next election. Let’s hope so anyway.

Lots of comments on the Easy Jet / Iain Duncan story last week. You may remember Iain was denied access to his plane by an officious ‘ethnic’ staff member at Stanstead who, rather than let him catch up with the boarding passengers, (no more than a couple of minutes ahead)  chose an alternative course of action that actually delayed the whole flight for an hour and twenty minutes. In my opinion the problem with many ethnic minority members, is that they bear such chips and deep feelings of  inferiority, that once they achieve a position that holds any authority at all they go completely the other way and become totally power mad. This attitude, I believe, also extends to their treatment of people from their own ethnic background (often even worse).

I experienced it first hand with an employee of mine in . With the business expanding I decide to appoint him to the position of manager. Almost overnight he went from a man of politeness and extreme likeability to a positive tyrant among his fellow workers. I had a terrible job bringing him back down to earth. Closer to home examples of this condition can be seen in the likes of that awful Kieth Vaz., who still seems to lead a charmed life. I also worry about the decisions made by those who achieve such public positions. Can we really feel they can be totally non prejudicial in the decisions they are called on to make? What about the Sikh judge Sir Mota Singh who recently declared that Sikh’s should be allowed to wear their daggers to school and other public places? Can we really be sure his courtroom decisions would be totally unbiased? Mmmm! Ah well cest la vie as they say. Loved the story of the female football manager that emerged this week. Apparently a couple of weeks after Karen Brady’s appointment as manager of city a young player remarked he could see her t..ts through her shirt. ‘Well’, replied our heroine, ‘you wont be able to see them when I transfer you to will you?’ Don’tcha just love it.

Couldn’t help feeling sorry for English goalie Robert Green, who’s fumbled save allowed to tie their match. The continuing nightmares must be terrible. What would be even worse of course would be England losing out on going into the second round by just a couple of points! He’d probably never recover from that scenario. I see multi millionaire Clive Sinclair (70) has just announced his marriage to a young lap dancer. Just how do these supposedly intelligent men allow their brains to become so firmly and almost permanently repositioned below their waistlines? Don’t ask me, I’m just jealous I suppose. Business still terrible all around. Try to present a happy face – too much frowning deepens all the wrong wrinkles.

Hang in there. Have a good week. And whatever ya do.