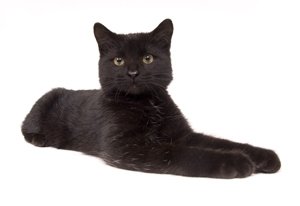 EVER had one of those weeks? ‘Course you have.

Mine started bright and early Monday morning. After nearly six weeks of my landline being cut off and the ensuing aggravation with Telefonica, which included an assurance that the technician would ‘call to change my line to our new address within 5 days’ (It took nearly a month ).

Informing me ‘bills from months ago were still owed’ (untrue). I would be ‘reconnected within 48 hours – 24 hours – 3 hours and 2 hours’ respectively, none of which transpired.

The old chestnut that they were ‘having trouble with the post office’ and the whole repertoire of beeps and musak while we were made to wait and then repeat the whole story to another department – on Saturday I finally pinned it down. The one bill, supposedly outstanding, was for 63 euros (an amazingly low figure, but considering we hadn’t been connected for weeks, not beyond the realms of possibility).

Now approaching the area of hair tearing desperation, I finally looked forward to resolving the whole disorganized shebang.  Monday morning, after dropping the ‘dynamic duo’ off at school, on the stroke of 8.30am I duly presented myself at the local Post Office.

One ‘early worm’ lady had in fact beaten me to it, but her enquiry was, surprisingly, resolved in just a couple of minutes. With eager relief I approached the counter.  The clerk looked up expectantly; I opened my mouth to speak. At that split second, before even a sound issued from my lips – all the electricity went off.

You couldn’t make it up. No lights, no merry clicking of machines, and more importantly, no computers. In this day and age you can’t pay anything without access to computers.

So there I stood.

At that point I actually put my head in my arms, I simply couldn’t believe it. The girl looked rather surprised but I was beyond caring. I finally managed to settle the account at around mid day, which meant another 24 hours elapsed before we were actually reconnected. That was Monday – it goes on.

Tuesday I was awakened early by the door bell. I staggered to the door and found the downstairs neighbor, accompanied by a man who turned out to be a plumber. Apparently water was ‘pouring’ into his apartment from the ceiling. On investigation and a spate of loud and extremely messy drilling, they discovered a pipe was leaking in my main bathroom. The bathroom was subsequently put off limits until the problem could be sorted. I won’t go into that particular disruption over the next few days – Gawd!  Wednesday I awoke with a sore throat and cough, which rather spoiled the welcome stress relief of a lunch date with good friends at their home in Andraix.

Thursday I visited the doctor. Throat infection was the diagnosis. ‘Antibiotics and no alcohol’ the instructions. Great! That same day I did the weekly supermarket shop. As I climbed the apartment stairs, laden down with plastic bags, one of them split open sending a box of detergent crashing down the stairwell, where it burst open scattering its contents completely asunder. As I struggled to catch it, the sudden jerk caused two more bags to split, sending bottles of Sprite and water rolling down in lively pursuit.

And it still wasn’t over.

I finally plonked it all down in the kitchen and walked into the utility room to remove the wash from the machine (what a house husband I am!). I pulled open the door and was immediately assailed by a wall of water which soaked me to the skin and flooded both the utility room and the kitchen.

Friday. The downstairs neighbor came up and told me water was now leaking through his kitchen ceiling, I now can’t use the sinks in the kitchen, or the washing machine till next Tuesday. By the time you read this, I will probably have committed Hari Kari.

Keep the faith. (I am trying my hardest).