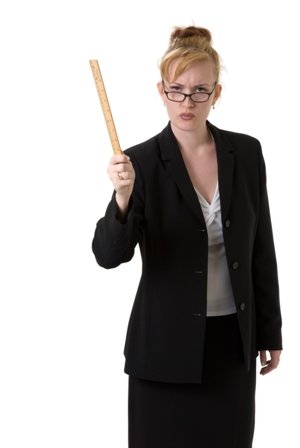 AS I’ve mentioned in the past, needing to get this copy into the office quite early can often lead to its content being strictly old hat by the time it hits the public domain. This week was no exception.

AS I’ve mentioned in the past, needing to get this copy into the office quite early can often lead to its content being strictly old hat by the time it hits the public domain. This week was no exception.

Within hours of the Mrs Duffy/Brown fiasco my whole column was done and dealt, as you can imagine. Over the next few day however, when the incident had been covered by the world and his wife, I had to commit my intended blurb to the refuse bin. All right, all right. ‘Where it belongs’, I know I know! Safe to say this wonderful woman has however driven the last final nail in the coffin of dreadful New Labour, and how ironic this hammer should be wielded by one of the previously loyal minions held in such distain by Herr Braun and his bunch of cronies.  It also conjures a mind boggling picture of ‘Mandy’ frantically trying to get hold of his leader to tell him he was still live on air. Old Mother Riley in a panic comes to mind!   (Only those of you of a certain age bracket could bring that particular picture up, but I know those who are able will get my drift!) God bless Mrs. Duffy. If she decided to stand for election I guarantee she would get a great deal more votes than the buffoon who slandered her.

Was it not quite marvelous to see common sense finally prevail in the case of the teacher who finally snapped and attempted to bludgeon one of his pupils to death?                   What marvelous judgments from the Jury and judge in the case of tragic Peter Harvey. Don’t get me wrong I could in no way condone this level of violence, but to say his circumstances were in the extreme is an understatement to say the least.   The level of viciousness reached by these so called students (deliberately setting out to bait this unfortunate man and video the subsequent scenario) is a prime example of how the liberal PC policies of the left have allowed the discipline and behavior in British schools to run riot since they came to power.

The irony here is what used to require six of the best or a rap across the knuckles with a ruler, now needs the battering of a blunt instrument to get the message across. I’ll bet as a result of this incident this whole school becomes one of the best behaved in the country. Basically this means that far from the softly softly, pupil power, ‘call me John’ policies of the left actually working, it now means that to keep control of students teachers have to be armed with blunt instruments, and, if its allowed to continue (heaven forbid) probably Kalashnikov rifles. For Gods sake get a grip. Give kids an inch and they’ll take you to the cleaners. Will these idiots who run our education systems never learn? PG they won’t have too for much longer.

And that’s about it. Apart to inform you that a friend of mine has just E’d to inform me that his young son’s scout troop have been told that next week they are being instructed in the use of prayer mats! Mr. B P must be positively spinning in his interment. One piece of good news in that direction however, is the Belgium government passing legislation banning the Burka in public. Let’s just hope the rest of the western world soon follows suit. We really have to end this awful appeasement attitude to these people, and the sooner the better. S’there.

Have a good seven. Polish up yer voting shoes.

Spread a little happiness if you can.