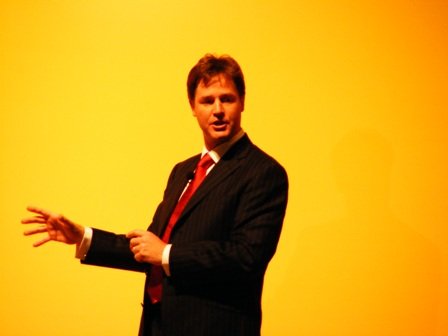 Well well. On top of all the recent derogatory balderdash written about the column and my character; this week I received a missive accusing me of plagiarism. Apparently the writer was under the impression I had ripped off a piece from the Monday’s Daily Mail. Well Ms C, far be it for me to rain on your parade, but my copy for this column is always (almost, eh Ed?) in by the previous Friday. So if we’re talking plagiarism!!

Well well. On top of all the recent derogatory balderdash written about the column and my character; this week I received a missive accusing me of plagiarism. Apparently the writer was under the impression I had ripped off a piece from the Monday’s Daily Mail. Well Ms C, far be it for me to rain on your parade, but my copy for this column is always (almost, eh Ed?) in by the previous Friday. So if we’re talking plagiarism!!

And here we go with another gay romp.

In the light of the new TV reality trilogy, ‘Politics Got Talent’, I have to confess that the apparently personable Mr. Clegg does come through as the one most likely to figure in the final.

But then so did nasty Nick in that other reality programme Big Brother – and he took no time at all to disappear up his own proverbial as soon as the series was over. The point is that if the British public is prepared to elect a government on personality alone, we may as well put up Lady Ga Ga and have done with it.

Make no mistake; the policies of the Liberal party would spell a total disaster to the British people. Oddly these naive Liberal policies are very much akin to the ideologies of the flower power brigade of the sixties.

In those heady far off days, I was in fact one of them (‘Peace and love brother’), but we were all of course, very young, very unworldly and totally unaware that the  Utopia we all craved could only exist if the whole of mankind was of the same persuasion.

Well it’s not is it?  Get rid of our nuclear deterrent and see how long it would take for the proffered peace sign to be reversed to the gesture of the archers of old by the likes of Iran, North Korea, and Lord only knows who else.


Extend the hand of welcome to Illegal immigrants by granting them immunity and see how long it takes to be over run to the point of alien annihilation. And as for designating them certain areas where they’re ‘needed the most’, this idea is akin to a naivety that would be laughable were it not the policy of a serious political contenders, gaining alarming popularity, merely because they come over well on telly.

The fact of the matter is that the world is not ready for the ideologies of the Liberal party. In today’s real world any sign of liberal welcome or easing of strong and firm no nonsense policies are taken as a sign of weakness. We live in desperate violent times, where desperate and vicious individuals would have all our guts for garters given half a chance. Well we can’t afford to give any of them even a fraction of an opportunity.

So for the sake of all I suggest we give the Liberal party a miss this time.

Perhaps in another thousand years the world will, in the words of another sadly naive individual, be ready to ‘live as one’.  Until then I would suggest Cameron, but then who am I to give advice. I think they’re all wrong. In fact when I finally toddle off I want to reincarnate in a thousand years, when the Liberal party are in firm control and we all wear flowers in our hair and hang out in the San Francisco area!

Took a lot of stick this week for omitting that illustrious performer DJ Jon from the list of generous artistes who supported my recent charity event. Sorry dear. Consider yourself well and truly thanked and mentioned. And before I slide away for another seven. Many, many happy returns to the sylph like hostess with the mostest, Margaret Whittaker. Thanks for another great party. When it comes to making others feel totally welcome and dispensing a thoroughly good time and table groaning repast, you and yours have no equal. Long may ye both reign.

Try and keep a copper or two jangling.

And whatever ya do always.