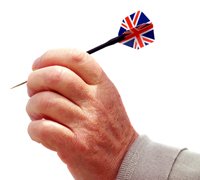 I’ll have you know Ms T (last weeks Eds letters), that whatever lurks behind my codpiece, has to my recollection  never been revealed to your good self  and  what’s more, over many years, has also failed to give rise to complaint among any of my fair sex partners either.

I’ll have you know Ms T (last weeks Eds letters), that whatever lurks behind my codpiece, has to my recollection  never been revealed to your good self  and  what’s more, over many years, has also failed to give rise to complaint among any of my fair sex partners either.

‘Course in my seventy first year I have deemed to lift my foot off the gas pedal a bit, but there’s still a few miles left in the old Ford.

Oddly, after the article in question (‘A woman’s place is in the home etc.’)  I was pleasantly surprised at the number of ladies who informed me they were in total agreement with my views, most of whom were perfectly happy with their chosen careers of housewife and mother.

By contrast, most of the chaps were surprised I could still converse with any bass register to my voice at all! I dunno lads, where’s all yer courage gone? Talking of courage, what on earth has happened to the spirited British bulldog attitude that saw us through so many wars and turmoil in days of yore? With the loss of our national identity, it appears we have also lost our collective ‘bottles’ and are capitulating with frightening regularity. In a week where a Christian nurse was banned from wearing a crucifix, the ruling that female Muslims working in the medical profession can now keep their sleeves rolled down ‘to preserve their modesty’ was a case in point. (Has anyone ever been turned on by an arm?) It was also conceded that Sikhs could now wear bangles during medical operations. There is simply no end to it. They have finally infiltrated the realms of the rule changers and are now disrupting the country and its Christian roots at every opportunity. Last week one of my customers – a perfectly respectable and pretty amiable Englishman – told me incredulously that he recently made the journey from Germany to the UK by road. After passing through a number of borders unchallenged, he finally landed on British soil. He was subsequently pulled over and asked to produce his passport. Nothing too untoward in that you may say. And I agree, security should be paramount at UK borders, (that’s a laugh for a start!). It was the attire of the person who challenged him that to me was utterly unacceptable. It was a female, resplendent in full customs uniform – from the shoulders down that is. Above, the woman’s face was completely obscured by a full on Burka! All he could see of her were her eyes through the narrow slit. And she was comparing his face with his passport photo! Is that not a diabolical and sinister liberty or wot? I consider it a total outrage. Not only that, the entire grim reaper outfit has nothing whatsoever to do with the teachings of Islam. Nowhere in the Koran does it decree that woman should be covered from head to toe in public. It is a scheme introduced by insecure men to stop their woman folk being ogled at and possibly tempted to stray by other men. I can only assume the woman who choose to wear these outfit are either browbeaten by their men folk, suffering from some kind of personal phobia, or simply enjoy the intimidation it can create. It certainly has nothing to do with religion. Perhaps someone better versed in Muslim doctrine would care to write in and explain? I, for one, am all ears.

So off we head again.


Always a purveyor of extreme generosity, Robert Winsor phoned and offered to double the amount we raised at last weeks charity event. Many thanks to you and yours Robert. A.S.P.A.C.E. can now look forward to 300 euros landing in their most deserving of coffers in the very near future. Bless y’all.

Try and keep the corners up.