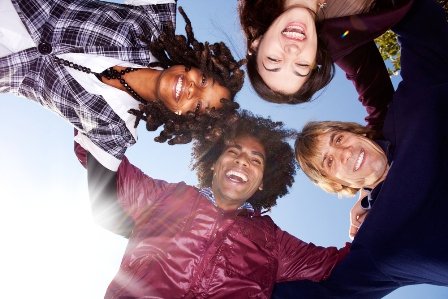 ONE of the problems of gaining new readers of this column (delighted as I am) they are inclined to serve up the same old drivel we have already dealt with in the past. The almost unintelligible claptrap served up by one Mr. C on Ms Ed’s page last week was a case in point.

ONE of the problems of gaining new readers of this column (delighted as I am) they are inclined to serve up the same old drivel we have already dealt with in the past. The almost unintelligible claptrap served up by one Mr. C on Ms Ed’s page last week was a case in point.


Once again a misdirected missive accused me of some form of colour prejudice. Once again (yawn) I reiterate that at no time have I made any derogatory statement, nor do I retain any negative bias regarding the colour of a person’s skin. Indeed, I consider the greatest immigration threat for the UK now emanates from the eastern blocks of Europe, rather than the far reaches of Asia and Africa. If you would take the trouble to peruse the  virtual copy of this paper, or indeed my own website, you can click on to several years of the column, (Gawd!) this would at least hopefully leave you a little better informed and save you wasting time and effort in going over the same old rhetoric yet again.

At the risk of boring everyone’s bums off, as far as the issue of colour is concerned, in my teenage Bayswater days, there resided an extremely zany character we called ‘Black Billy’. Also in the area lived another equally eccentric type named ‘White Billy’. The reason for these titles must be pretty obvious, even to the ilk of Mr.C. As a matter of interest; both of them wore their respective nicknames with not a small semblance of pride. In those days colour prejudice was virtually unknown. I myself lived with a pal of Indian origin and his Irish boyfriend. He would often regale us with stories of his ethnic upbringing and the fact that his village was so poor they would have to clean their bums with pebbles! On reflection, I suppose my pal was extremely ‘dusky’ but can’t recall even being aware of it. So, please give us all a break and if you feel the need to have a pop at the old boy make sure it’s something we haven’t already grown whiskers on.

Delighted to see Archbishop Williams finally standing up for his chosen faith. His recent remarks, concerning the trend of today’s populace to retain a completely misplaced anxiety about giving offence to non Christians, hit the proverbial nail dead center. This particularly applies to the Muslim faith. Why are we so worried about upsetting the followers of Islam? I sincerely hope we’re not running scared. If so, then all we infidels are indeed doomed and should already be looking toward Mecca for guidance.  And talking of guidance, what about these recent directives to the Bedfordshire police regarding the raiding of the homes of suspected terrorists and dangerous criminals. I Quote.  ‘Non Muslim. (1) Consider the most opportune time of the day to arrest suspects with a minimum of resistance. (2) Apply all necessary force to enter premises and arrest suspects accordingly.

Muslim. (1) Community leaders must be consulted before raids into Muslim houses. (2) Officers must not search occupied bedrooms and bathrooms before dawn. (3) Police dogs must not be taken into the premises. (4)  Cameras and camcorders should not be used in case of capturing women in inappropriate dress. (5) If people are praying officers should stand aside until they are finished. (6) Officers should take their shoes off before raiding a Muslim house. (7) Officers must not touch holy books or religious artifacts without permission. (8) Muslim prisoners should be allowed to take additional clothing to the station’. Unquote. Is that frightening or wot!


And that’s about it. Last weeks charity do at the bar was a resounding success. We raised a total of 150 euros for handicapped children, which although doesn’t quite match the vast sums raised by Robert Winsor’s celebrity golf tournament, does certainly sit comfortably in the realms of the widows mite. My thanks to artistes Gee Carmichael. Vinnie Scott. Graham Dee and Leslie Presley. Plus all our lovely attendees and raffle prize donators, we couldn’t have done it without you.