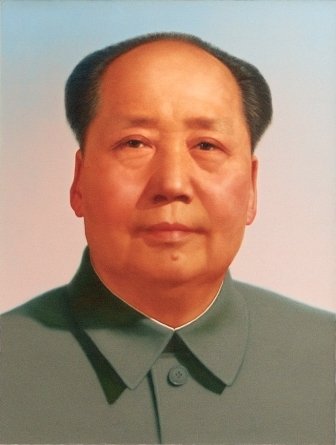 If the British public vote Labour in the next election, I can only assume that the original ambitions of this disgraceful and oft traitorous party have been a resounding success. Namely achieving its ultimate goal of brainwashing the British public in a manner that would have created envy in the portals of Mao Tse Tung himself.

They will have perpetrated a classic far left strategy, in which a nanny state controls and directs so much of people’s existence that the citizens truly believe they would flounder without them. It is communism pure and simple.  Karl Marx said ‘The executive of the modern state is but a committee for the managing of the common affairs of the bourgeoisie’.

With their welfare handouts, laws on smoking, ridiculous bin directives, gross interference of people’s home lives and raising of children, plus all their other  nanny nonsense,  I truly believe that  communism is their ultimate goal.  At one time some of their legislation would have been either laughed out of sight or led to rioting in the streets. Now, however ludicrous or lunatic it appears, the British public seems to simply roll over and accept it all without a murmur. And if that’s not the reactions of the truly brainwashed, I don’t know what is.  For God’s sake gets a grip Britain and banish this lot of leftie incompetents to the far reaches of Siberia. An area that with their ideals they’d probably be far more comfortable in anyway.

I actually experienced this type of extreme state control. During my time in Saudi I was invited by one of my long distant trucker friends to accompany him on a trip along the Yemen boarder. He was to deliver a load of steel reinforcing to a secret military airfield being constructed in the mountains of that area. (Now you all know!) To keep the project as secret as possible they had flown in Chinese peasant labour. These men truly had no idea where they were, having been brought directly from the depths of China by plane and helicopter and were just about as ethnic as you could get.

As we had to stay overnight, we were allocated a couple of beds in one of the large prefabricated dwellings they were housed in. Duly bedded down we were suddenly regaled with the most awful din coming from the large communal washroom situated at the end of the hut.   My curiosity getting the better of me, I got out of bed and went down to see what was causing such a revolting crescendo of noise. As I turned into the washroom I simply couldn’t believe it. There bending over the long lines of wash basins were the whole Chinese workforce. Every one of them were noisily clearing their throats and coughing and spitting into the basins. It was probably one of the most revolting things I had, or have ever experienced. It truly was Yuk. Exactly the same thing happened the following morning (Nice way to greet the day!). To my later enquiries the reason for this revolting ritual soon became clear. In Mao’s little red book, which to many is still the Chinese bible, Mao had decreed that all male citizens should, morning and night, completely expunge themselves of all impurities of the body. Clearing the lungs and chest of phlegm was one of his directives.

Oh come on, I hear you say. That could never happen in Britain. Really? How many would have believed ten or twelve years ago that smoking would be banned in pubs, free speech would be a thing of the past and the wrong rubbish in a bin result in a fine or possible incarceration? Not many I’ll be bound.

The biggest enemy of freedom is complacency. So when the time comes get out there and vote this mob of Marxists out of sight, out of mind and out of power.

You know it makes sense.

Have a wonderful week. Spring is in the air, try to get a little of it in yer step.

And whatever ya do always keep the faith.